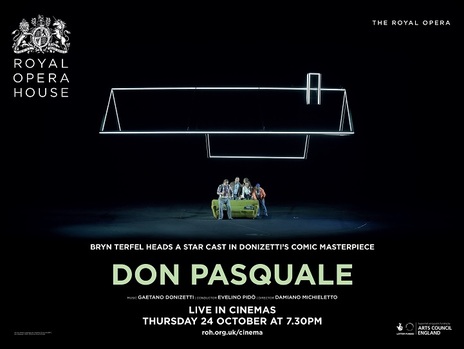 Royal Opera favourite Bryn Terfel heads the cast for this new production of Donizetti’s comedy of domesticdrama across two generations. The witty story of a middle-aged man whose supposed young wife runsrings around him – with her own ulterior romantic purpose in mind – has long delighted and surprised audiences, not least as presented with the sparkle of its music and the virtuoso skill of its performers. Damiano Michieletto’s exhilarating production shows how contemporary the characters still are and how immediate and touching the story remains.

Sung in Italian with English subtitles