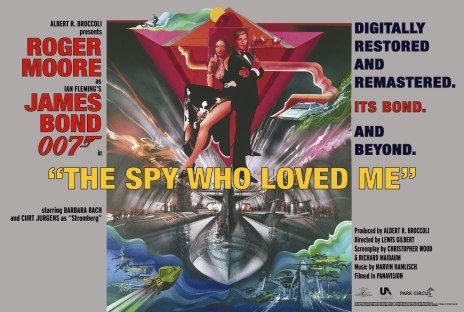 The Spy Who Loved Me - DIGITAL Presentation

Park Circus, the leading distributor of classic and back catalogue films in the UK and the digital restoration professors behind last years re-release of ?Goldfinger? are responsible for bringing ?The Spy Who Love Me? back to the big screen and it has it?s official launch this Sunday 20th April at the Empire Cinema, Leicester Square, London. This spectacular event will be attended by many of the faces behind the making of ?The Spy Who Loved Me? including director Lewis Gilbert and actress Caroline Munro. Roger Moore as agent 007 teams with a beautiful Soviet agent (Barbara Bach) to battle Stromberg (Curt Jurgens) in order to save the world from total annihilation and a 315-pound villian, "Jaws" (Richard Kiel).