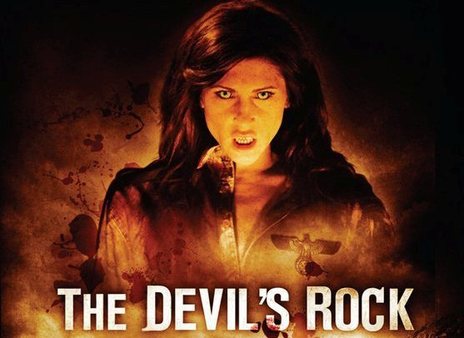 SPECIAL PROMOTIONAL SCREENING
In the run upto the launch of the 2011 British Horror Film Festival, Empire Cinemas invite you to a 'one night only' screening at The Empire Leicester Square in the newly refurbished Screen 2 of The Devil's Rock introduced by Director Paul Campion.
Tickets ON SALE NOW at £5.00.
Two elite commandos are sent on a top secret mission to destroy a German base, located in the occupied Channel Islands, to distract Hitler‘s forces away from Normandy on the eve of D–Day.
Upon reaching their destination, the two saboteurs discover the base is littered with dead German soldiers and piercing screams are echoing around the corridors within. Compelled to learn the details of the disaster, the pair enter the labyrinthine complex and uncover a Nazi occult plot to unleash devastating demonic forces against the Allied forces.
They soon realise their lives are not the only thing in the balance – the fate of World War II hinges on their mission to destroy the base and the diabolical evil that lurks within.
Tense, bloodthirsty and action–packed, THE DEVIL‘S ROCK is a demonic force to be reckoned with.