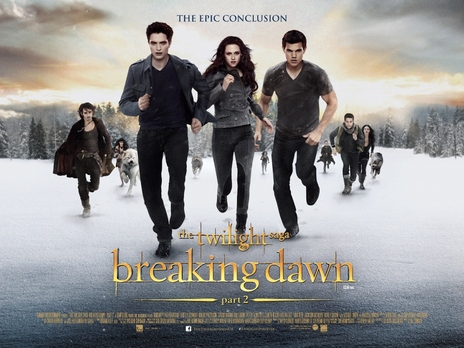 It's finally here: the incredible, eagerly anticipated conclusion of the fabulous Twilight saga!

After the dramatic events of part one of 'Breaking Dawn', life seems a little calmer for Bella Swann (Kristen Stewart). Successfully transformed into a vampire, she now has the life with Edward (Robert Pattinson) that she always dreamed about. She also has an extraordinary daughter named Renesmee (Mackenzie Foy). But her happiness is to be short lived. The law-enforcing Volturi vampire coven descend upon the town of Forks, concerned that the astonishing, fast-growing Renesmee might be an outlawed immortal child. As the Cullens gather their supporters, the stage is set for what could turn out to be a full-scale vampire war, with Jacob (Taylor Lautner) and his werewolves also drawn in to the conflict. So how will it end? Author Stephenie Meyer and screenwriter Melissa Rosenberg have come up with a climax that deviates from the original book but promises to be just as powerful.