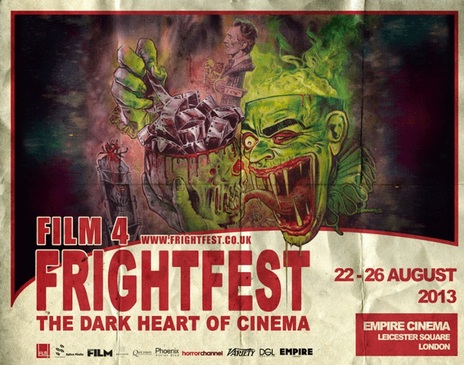 FrightFest could not let the 100th Anniversary marking the birth of horror legend Peter Cushing go unmarked. That’s why he’s included in our poster this year and here’s another tribute to that true gentle man of horror, the Master of Hammer who played Baron Frankenstein six times and Dracula’s nemesis Van Helsing in five incarnations. We are delighted to screen this newly restored, energetically sleazy and underrated gem slickly directed by 60s trashmeister Robert Hartford-Davis (THE BLACK TORMENT, GONKS GO BEAT, INCENSE FOR THE DAMNED, THE FIEND). Cushing plays Sir John Rowan, a brilliant surgeon decapitating prostitutes for pituitary gland fluid to repair the disfigured face of his model girlfriend (Sue Lloyd, star of TV’s ‘The Baron’). Advertised at the time as “A super-shock picture so no woman will be admitted to see it alone!”, this benchmark in Cushing’s golden period has the most demented ending ever – hippies sending a laser beam out of control.