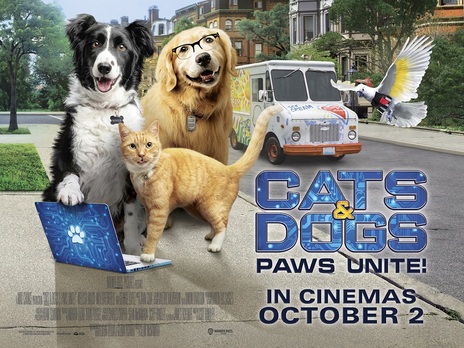 Gwen the Cat and Roger the Dog are secret agents who covertly protect and save the world without humans ever finding out. Their partnership is due to the Great Truce, which has stopped dog and cat hostility for a decade. But the long-standing peace is threatened when a supervillain parrot discovers a way to manipulate wireless frequencies that only dogs and cats can hear. Will the heroes be able to stop the foul fowl, or will he cause a cat-a-strophe between the species?