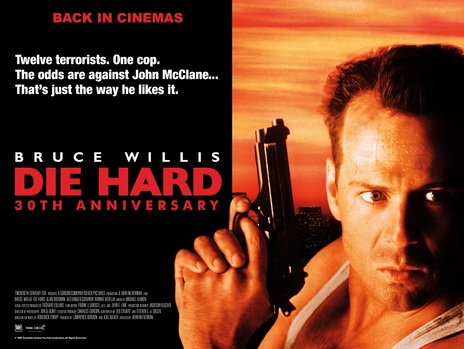 On Christmas Eve, tough New York detective John McClane arrives in Los Angeles with the aim of reconciling with his estranged wife, Holly at the Christmas party of her employer, the Nakatomi Corporation. When the party is disrupted by a group of heavily armed criminals led by the charismatic Hans Gruber, McClane evades capture and begins a one-man war against the hostage takers who are attempting to rob the corporation whilst occupying the LAPD and the FBI by posing as terrorists. Outmanned, outgunned and ill-equipped for the task at hand, McClane calls in the help of a local beat cop in his crusade against Gruber.