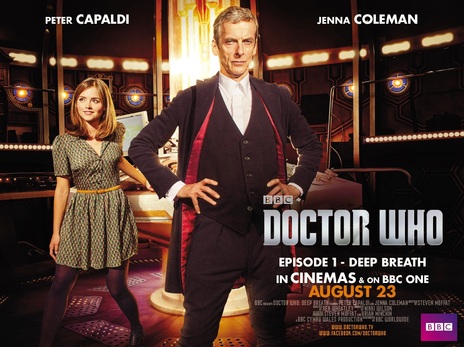 The feature-length first episode of the new series of Doctor Who lands this August in cinemas starring Peter Capaldi as the Twelfth Doctor alongside Jenna Coleman as Clara.

Broadcast from London, there will be an exclusive Q&A with special guests following the screening of Deep Breath which we will be streaming live, so no matter where you are, you won’t miss any of the action.
Before the episode starts, you will also get to watch a ‘never seen before’ 5 minute video from an upcoming Doctor Who DVD release. After the episode, there’ll be a special 10 minute behind-the-scenes of episode 1 feature*, followed by the live Q&A.

Tickets will be available to purchase for this event from Friday 1st August, 11am.

* Behind-the-scenes content will be available on BBC red button and BBC iPlayer.