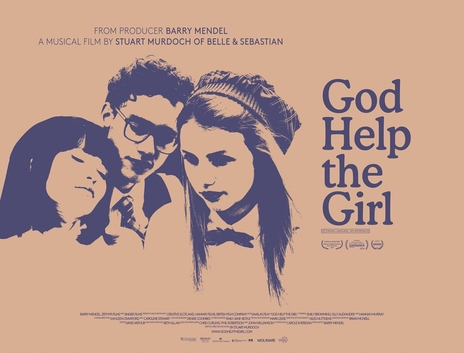 Set in Glasgow, Scotland, the film is about a girl called Eve who is in the hospital dealing with some emotional problems and starts writing songs as a way of getting better. Song writing becomes her way forward, leading her to the City where she meets James and Cassie, two musicians each at crossroads of their own. What follows is a story of renaissance over the course of a long, dream-like Summer.

God Help The Girl stars Emily Browning (Sucker Punch, Magic Magic), Olly Alexander (Great Expectations and forth coming The Riot Club) and Hannah Murray (Skins, Game of Thrones) and was produced by twice Oscar-nominated producer Barry Mendel (Rushmore, The Royal Tenenbaums). The film premiered at the Sundance Film Festival 2014 and was awarded a special jury prize at the festival.