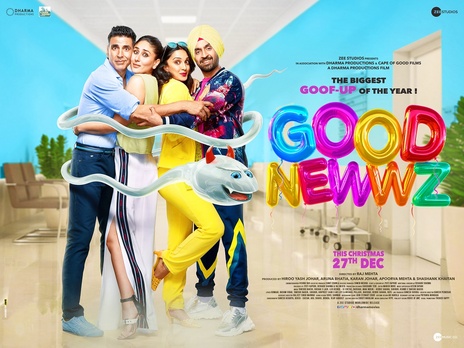 An educated, urban, working couple from Mumbai has now met with the realization that they need to have a kid before it’s too late. Little did they know that during this process, they’d run into two people who they would’ve otherwise never associated themselves with- a loud, garish, landowner couple from Panipat, Haryana. Both these couples, who detest each other, in their quest to make a baby realize that they have no option but to remain connected, leading to hilarious, often ridiculous situations.

How they overcome their hatred for each other and learn to take this ‘reproductive’ journey together forms the crux of this story about love and acceptance, called Good Newwz.