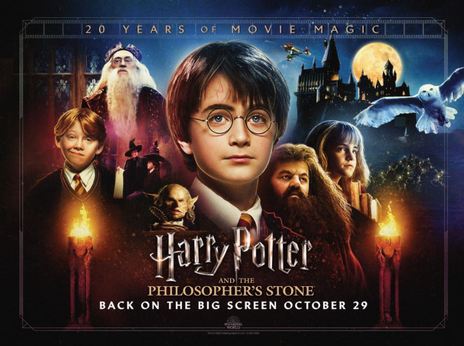 Twenty years on from it's original release, venture back to Hogwarts in this, the first movie from one of the biggest franchises of all time.

Harry Potter learns on his 11th birthday that he is the son of two wizards and also has magical abilities of his own. At Hogwarts School of Witchcraft and Wizardry, he learns new spells, plays the popular wizarding sport Quidditch and, along with best friends Ron and Hermione, works to once again face the Dark wizard from his past.

After the film there will be a special 15 minute look at a new version of the film – Magical Movie Mode – showcasing onscreen trivia, fun facts and insights from Director, Chris Columbus.