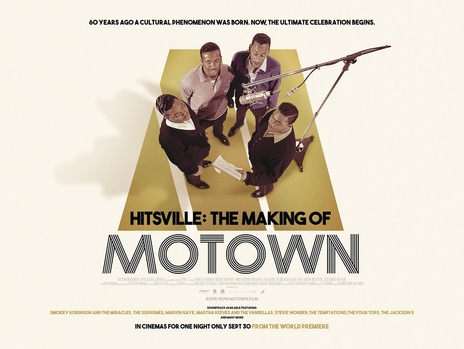 Hitsville: The Making Of Motown

HITSVILLE: THE MAKING OF MOTOWN chronicles the astronomical success and enduring cultural impact of Motown Records, which will be celebrating its 60th anniversary this September.

The remarkable story of the legendary Motown Records is told through behind-the-scenes footage unearthed from Motown’s vaults, rare performance footage and new and exclusive interviews with the label’s visionary founder, Berry Gordy and many of its superstar artists and creative figures. HITSVILLE is the first documentary about the iconic studio with Gordy’s participation, providing the ultimate account of one of modern history’s greatest cultural phenomenons.