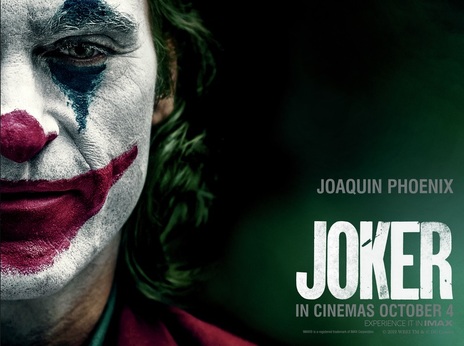 It’s 1981 and failed stand-up comedian Arthur Fleck (Joaquin Phoenix) is struggling to find his place in Gotham City. Living with his mother (Frances Conroy), Arthur has nothing going for him. Despite his compulsive quest to make the world laugh, the people of Gotham don’t value Arthur – he is seen as nothing more than a clown.

Disregarded and ignored by society, the down-and-out comedian is driven mad. Though, his mother always told him that he should, in spite of everything, put on a happy face…

Taken down a dark path of psychotic anarchy in his pursuit for laughter, Arthur turns to crime to satisfy his ever-growing desire for chaos, quickly evolving into a criminal mastermind as he masquerades under a new name and look. Before, he thought his life was a tragedy, but now he realises it’s always been a comedy.

Completely insane, there is nothing of the old Arthur Fleck anymore – all that’s left is the Joker.