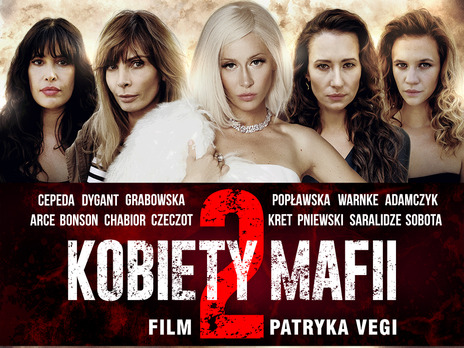 After taking the control over the capital, Nanny's gang (Agnieszka Dygant) is preparing for the biggest smuggling action in the history of Poland. The Warsaw terrorist group brings a ton of Colombian cocaine to the country. When the goods disappear under the suspicious circumstances, and the cartel demands heads, dangerous Aida (Angie Cepeda) is sent to Poland. Colombian finds an ally in the person of a Tri-city smuggler - Mata (Piotr Adamczyk). Mafioso wanted to strengthen his position in the underworld for a long time, but his plans get complicated because of the tense relationship with the rebellious daughter - Stella (Aleksandra Grabowska). At the same time, Swollen Anka (Katarzyna Warnke) gets out of jail. Loving luxurious live and being a manic shopaholic, she barely survived prison hell, after which he hardly finds herself in a new reality. After an unexpected event she is being targeted by nationwide media and suddenly becomes a “mafia celebrity”. Concurrent, in Morocco, Siekiera (Aleksandra Pop³awska) is experiencing a turbulent affair with Amir (Otar Saralidze) - a fighter of the Islamic state. When a man dies in a daring action with the involvement of GROM commandos, the killer returns to Poland to take the revenge. She has a deadly plan to fulfill.