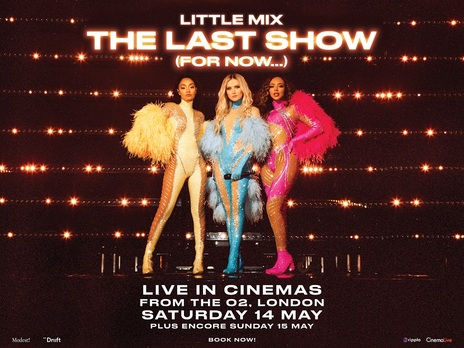 Global pop superstars, Little Mix, will broadcast the final concert of their huge Confetti Tour, from London's O2 on 14th May 2022. Late last year they announced they would be taking a break from the band to focus on solo projects, and this show will be the final chance to see the band perform, before their hiatus.

Little Mix have established themselves as the world’s biggest girl band – they have sold over 50 million records worldwide, collected over 17 million Spotify listeners, received over 3 billion YouTube views and collated 12 billion streams. Jade, Perrie and Leigh-Anne invite Mixers everywhere to come together and join them Live in cinemas as they take to the stage at London’s iconic O2 Arena. It’s going to be an incredible evening that no Mixers will want to miss!