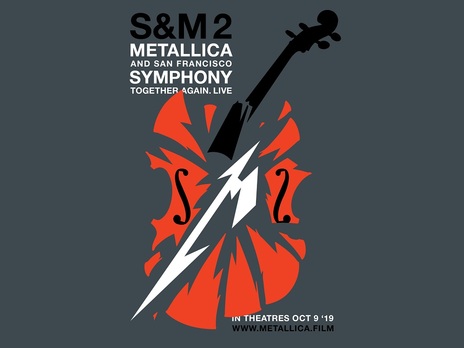 On October 9, 2019, Trafalgar Releasing presents S&M2, a must-see celebration of the 20th anniversary of Metallica’s groundbreaking S&M concerts and album recorded with the San Francisco Symphony. See them once again performwith the Symphony as legendary conductorMichael Tilson Thomas leads a portionof the show, kicking off his final season in San Francisco. Recorded live on September 6th and 8th, the shows also commemorate the opening of the state-of-the-artChase Center, a historic addition to the city’s waterfront.

Including Metallica “classics” from the1999 S&M release as well symphonic versions of new songs, this theatrical release gives millions of fans around the world the chance to eclipse time and experience the show as a modern-day big screen concert.