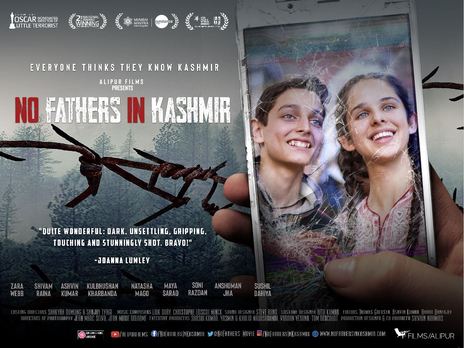 No Fathers In Kashmir

A teenage British Kashmiri, Noor, retraces her roots. She is joined by Majid, a local Kashmiri boy who is more smitten by her exotic foreignness than her obsession to unravel the mysteries of their disappeared fathers. Much against his better judgement, Majid finds himself guiding Noor to a forbidden area in the Indo-Pak border fraught with danger and ghosts of the past. They stumble upon a dark secret that they shouldn't have seen and Majid's worst fears are realised when they are set upon by an army patrol. Being British, Noor is released but Majid is detained for questioning. Having put him into peril, how far is Noor willing to go to have Majid released? And, can love ever be the same again for these two?