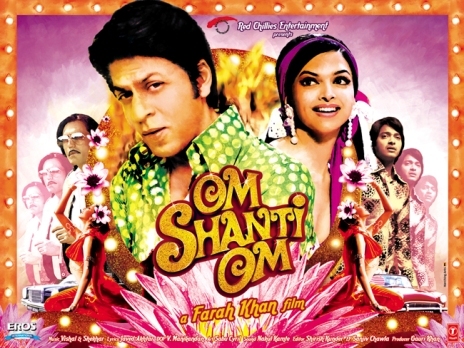 This film is based on reincarnation. At first,in 1977 Om Prakash Makhija(Shah Rukh Khan) falls for Shantipriya(Deepika Padukone). Om Prakash is ready to give up life for Shantipriya.He feels betrayed by her. She feels betrayed in love.Then calamity stikes somehow Om dies. Later in 2007, Om kapoor(Shah rukh khan) takes rebirth. Om remembers his past life and tries to tell Shantipriya/Sandy that he was the guy she liked in his past life. Thus begins the saga of Om Shanti Om.