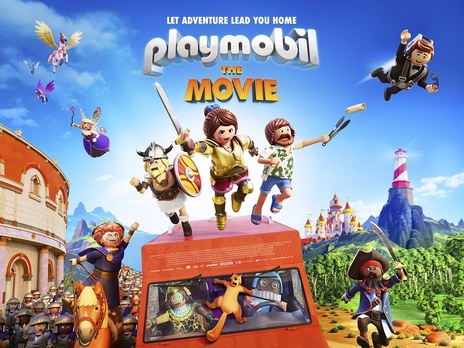 PLAYMOBIL: THE MOVIE takes audiences on an epic comedy adventure through a sprawling imaginative universe in the first-ever feature film inspired by the beloved, award-winning PLAYMOBIL® role-play toys. Packed with humour and excitement the film combines endearing and hilarious characters, thrilling adventure and breathtaking scenery in this originally animated heart-warming tale.