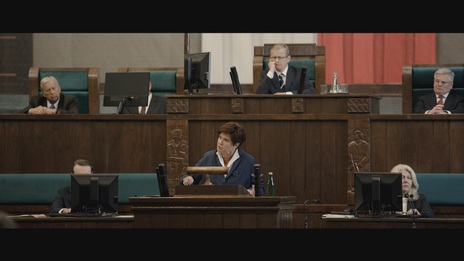 Patryk Vega, the director of Box Office hits like 'Botoks' (2017), 'Pitbull. Niebezpieczne Kobiety' (2017) and 'Kobiety Mafii' (2018) portrays the events that have taken place in Polish politics in recent years and the subsequent consequences, as well as the current political situation in the country. The new production reveals the background of the Polish political scene and exposes the true face of the politicians of all political groups. The movie presents politics as a world of frustrated, mutually conflicted people who will do anything to achieve power, money and their pursued objectives.