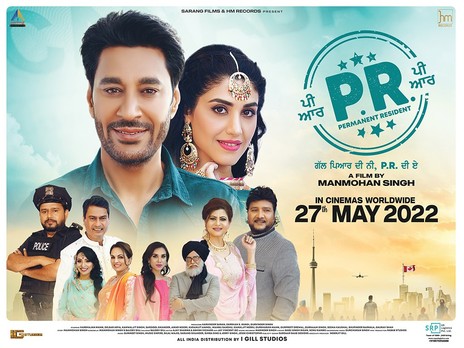 “PR” is an upcoming Punjabi film, helmed and headlined by the ace team of singer & actor Harbhajan Mann & director Manmohan Singh. This is a highly significant film that brings back together these two monumental figures of the Punjabi entertainment world, who together delivered 5 back to back blockbuster films, which set up the new Golden Age of Punjabi cinema. Their all-time blockbusters such as Jee Aayan Nu, Asa Nu Maan Watna Da, Dil Apna Punjabi, Mitti Waajan Maardi, and Mera Pind- My Home are films that consolidated the strength of Punjabi cinema worldwide, and still maintain cult like popularity amongst audiences across India and in the Indian diaspora.