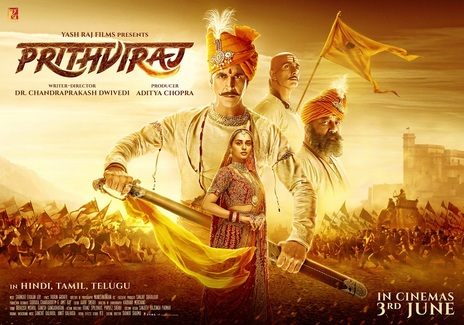 The film 'PRITHVIRAJ' is based on the life and heroism of the fearless and mighty Samrat Prithviraj Chauhan and superstar Akshay Kumar is essaying the role of the warrior. Historians and folk legends portray him as an incredibly brave king who stood in front of the merciless Muhammad of Ghor and his ruthless invaders of India. Samrat Prithviraj Chauhan's daredevilry and heroism against Muhammad of Ghor catapulted him into a legendary ruler and fighter of free India. The gorgeous Manushi Chhillar is portraying the role of the ethereal beauty, princess Sanyogita - Prithviraj's love of life. It's also marks the debut of Manushi Chhillar. The film also stars Sanjay Dutt and Sonu Sood.