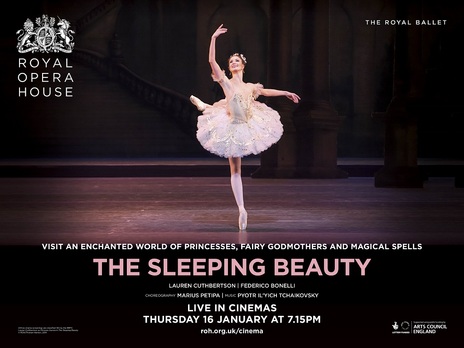 JOURNEY WITH THE ROYAL BALLET TO AN ENCHANTED WORLD OF PRINCESSES, FAIRY GODMOTHERS AND MAGICAL SPELLS IN THIS LANDMARK PRODUCTION OF PETIPA'S CLASSIC BALLET, TO TCHAIKOVSKY'S GLORIOUS MUSIC.

This production of The Sleeping Beauty has been delighting audiences in Covent Garden since 1946. A classic of Russian ballet, it established The Royal Ballet both in its new home after World War II and as a world-class company. Sixty years later, in 2006, the original staging was revived, returning Oliver Messel’s wonderful designs and glittering costumes to the stage. Pyotr Il’yich Tchaikovsky’s enchanting score and Marius Petipa’s original choreography beautifully combine with sections created for The Royal Ballet by Frederick Ashton, Anthony Dowell and Christopher Wheeldon. This ballet is sure to cast its spell over anyone who sees it.