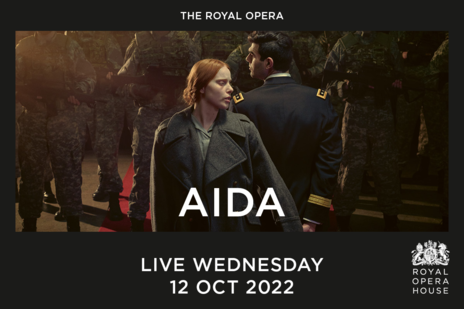 This Season will be the Royal Opera House’s biggest Cinema Season ever.

Over 2022/23, an astonishing 13 productions from The Royal Ballet and The Royal Opera will be broadcast in cinemas, bringing the joy of live performances to audiences.

Princess Aida has been kidnapped: a valuable prize in a war between Egypt and Ethiopia. Meanwhile, the ambitious soldier Radames wrestles with his feelings for her. As they draw closer together, each must make an agonizing choice between their loyalty to home, and their love for each other.

205 mins, Rating: 12A As Live
BBFC Consumer Advice: This AS LIVE certificate has been provided for cinema exhibition on the basis of information being provided by the distributor and without the material being viewed prior to exhibition.