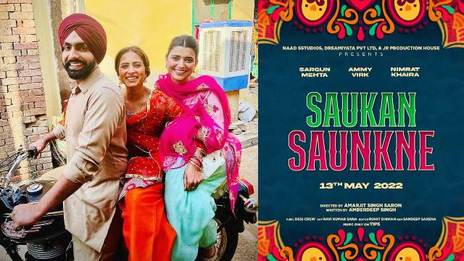 Nirmal (Ammy Virk) & Sibo (Sargun Mehta) are childless despite being married for 10 years. Upon persistence from Nirmal’s family for Nirmal’s second marriage, Sibo goes on a hunt to find a suitable partner for her husband, much to his displeasure. After many unsuccessful attempts, Sibo eventually manages to convince Nirmal to get married to her sister, Kirna (Nimrat). However, after the said marriage, both the sisters find themselves on opposite ends transforming into bitter co-wives who are more inclined to rule the household than to care for their husband and the family.